Connect with us on Linkedin 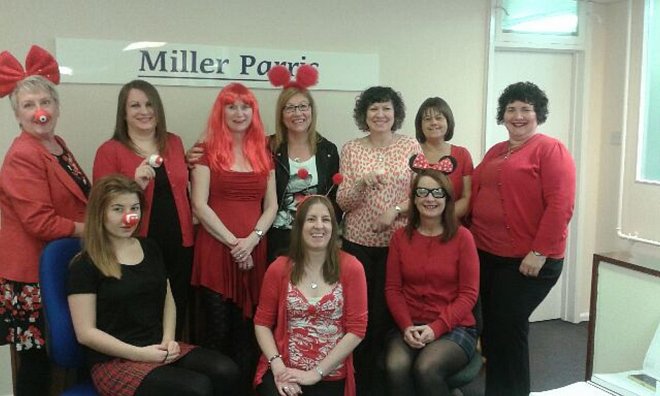 Staff baked at home and then brought in their goodies to sell to their colleagues to raise money to support Red Nose Day. Treats donated included cupcakes, lemon drizzle cakes, gingerbread and even Cornish pasties which added spice to the day. Judges awarded 1st, 2nd and 3rd prizes before the treats were sold.

Organiser Janet Richardson said “We held a Bake Off last year and it was really successful, this year we doubled our efforts and have more than doubled the amount we were able to donate as a firm to such a worthwhile charity”.

The Miller Parris team also held an E-bay style Auction of donated goods on the day along with an Easter Egg Hunt, count the Jelly Beans in the jar and a Spot the Ball Competition.

Mike Metters, Partner, added, “It was great to see the staff coming together to support Red Nose Day, especially with the amount of organisation involved. We’re sure everyone had a great fun day with the added bonus of raising around £800 for Comic Relief.”

Connect with us on Linkedin